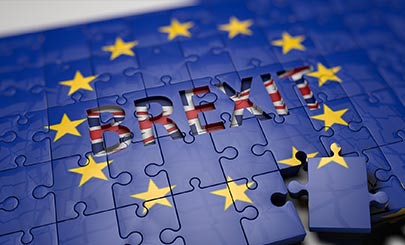 It’s been almost a year since just over half of the UK public decided that they no longer wanted to be in the EU and Brexit happened. The whole world was stunned, the remainers were distraught and even the Prime Minister at the time, Mr Cameron, resigned because of the results. The future looked uncertain for many, especially for the EU citizens from outside the UK.

While the time right after Brexit was a time of sorrow and despair, things picked up and have balanced out. The economy has recovered a bit and we got a brand new Prime Minister, one who has assured us that things will be okay.

However, one group of people who are still worried about life after Brexit are small businesses. How will Brexit affect them, especially if they deal with European countries and trade?

Surprisingly, according to a survey published by Enterprise Nation right after Brexit happened, over two-thirds of small business owners, stated expected to grow within the 6-months following Brexit. Here is an infographic for a breakdown. But now that Article 50 has been triggered, a lot of businesses (as you can imagine) are now listing things that need to be considered and the worry is back.

The one thing we would advise is that you shouldn’t worry and instead be proactive and use the time to seize opportunities! Below are a few points to consider when thinking about Brexit.

While a lot of people are panicking and packing their bags already, as if Brexit will happen tomorrow. But you need to remember that though Article 50 has been triggered, it will take at least two years for it to be finalised.

Time to Prepare for Brexit!

Instead of worrying, small businesses should now take the time to plan out different outcomes - look into trade deals with countries outside the EU and also work out current trade deals with suppliers, partners or customers they have now.

Remember, if the EU trade deal isn’t satisfactory, then it affects two parties, not just the UK side but the EU side as well. So make sure you talk to your EU supplier and work something out.

Now is also a good time to do research into costs. If worst comes to worst, what costs are involved? Will there be higher import taxes, what extras will there be?

You can also research different import taxes for each EU country you trade with. How much extra shipping it would be to post your product to an EU customer. Will your business be hit and what can you do in your own country or other countries to help counteract this?

Now is the time to consider these and make sure you are prepared financially for the worst outcome.

Nothing is concrete at the moment, but it doesn’t mean you cannot go out looking for new opportunities yourself. As mentioned, Brexit won’t be finalised for a while yet so now is the perfect opportunity to see what else is out there and have it all in place before Brexit is finalised.

There is a whole new market to explore outside the EU and you could be tapping into that now rather than later. I am sure a lot of companies outside the EU will be seeing more enquiries in the next two from British companies, and you need to make sure you are one of them. Don’t fall behind!

As a small business you have the best opportunity to be a bit more flexible and adapt to situations, in comparison to bigger companies who have more outgoings, more people to think about and more legal costs to pay out. So, make sure you get a foot up now before it is too late. Adapt now and prepare for the worst, that way then when Brexit has been finalised you will be prepared!

Brexit is not the end, just another Hurdle

As a small business you will understand the many hurdles you face to get your business afloat. So just see Brexit as another hurdle. A very big hurdle, but a hurdle nonetheless! So instead of worrying too much about it, you need to plan and strategize on how to overcome that hurdle.

There are many companies out there that provide good advice and support for small businesses, and many now who will have options regarding Brexit. You can also talk to a financial advisor about monetary risks and additional costs, and also your legal advisor about how different contracts will be affected after leaving the EU. Some companies provide free advice and many government programmes are available for SMEs.

Here are a couple websites that can help:

So, while leaving the EU is a scary thing for the UK, it isn’t the be all and end all for small businesses. Just remember you have two years to do your research. Use that time wisely and make sure you plan for everything.

Having two main packages are what make the Hive a successful and well established coworking space here in Bude.
If your needs are different but really like the sound of our Hive then please get in touch to discuss.

To complete the subscription process, please click the link in the email we just sent you.

Hi there, thanks for your interest to join the hive!
 If you could just fill out the form below so we get to know a little about you and
your requirements and we will be in touch soon as possible